The failure of the economy of Banjaluka (I part): Factories collapsed, real estate plundered 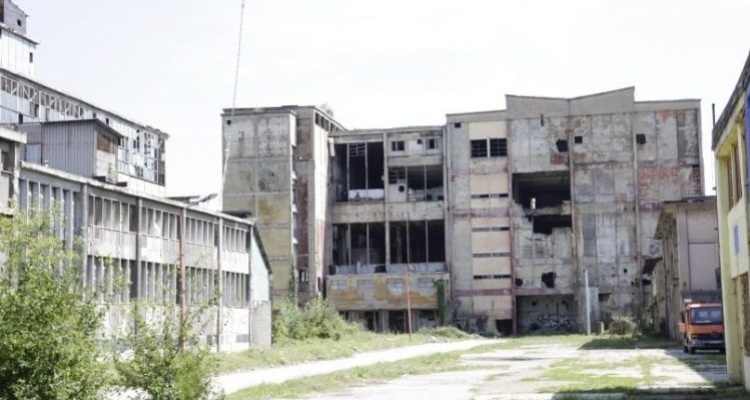 The cash sales of the state-owned capital in Banjaluka’s companies have begun in 2000, and 131 companies have been privatized since. The companies were sold for 1,4 billion BAM, and the largest percentage of sales is related to the privatization of 15 strategic companies.

The process of privatization was followed by numerous scams – the companies were sold at unbelievably low prices, bought by tycoons of one and then resold to the tycoons of another government, and all of the business deals were contracted because of the land on which factories and plants were located. Even today, those lands have multimillion-marks value.

Some businesses were sold at extremely low cost. The capital of Vitaminka was estimated to 16,4 million BAM, but the company itself was sold for 250,000. The value of Fruktona was 5,1 million, but was sold for 25,000. The Mljekarska industrija was sold for 500,000, while its capital amounted to 7,2 million. The Čajevec – Sistemi upravljanja has not had a better destiny itself, with its capital estimated to 6,3 million, and sold for 100,000

Hundreds of workplaces vanished with the sales of the companies: from 5,000 workers, ”Incel” has fallen to 30, ”Čajevac” from 6,000 to only seven, while ”Mljekara” has been left without any workers whatsoever. Even the companies, the privatization of which was just partially successful, such as ”Celex”, have a reduced number of workers.

A residential building instead of uniforms

Economic analyst Zoran Pavlović deems the privatization non-transparent and poorly executed, and according to him, that triggered all the companies which were in the process of privatization to collapse. – If we take a look at the locations of these companies then we must see why everything happened the way it did. Where there was a small plant 22. decembar, which sewed uniforms, now stands an apartment building. There is a shopping center at the site of Čajevec. We are free to say that we own nothing and that he privatization failed – Pavlović said.

– The last plant of the Tobacco Factory will be closed soon and most probably turned into some kind of residential complex as well. Obviously nobody in the Republic of Srpska cares about production, least of all its government. – Zoran Pavlović told.

Despite everything that has been done, everyone agrees that – the privatization was done in accordance with the law, the responsibility of which for the most part belonged to the Commission for Audit of Privatization of State Capital in companies and banks of the Republic of Srpska which has never finished its job, and neither has the Special Prosecutor’s Office of the Republic of Srpska.

The first chairman of the Commission was Borislav Bijelić who suddenly got replaced. On several occasions, Bijelić told he got replaced after he had become the chairman of the Urban Planning Department when he stated that the institution did not need 118 workers and that only 30 would have been enough. The request for his dismissal came, Bijelić claims, directly from Ranka Mišić, who, on the other hand, replied that Bijelić did not deserve anything for his effort and that the Commission did not respond to its task.

The president of the Trade Union Confederation of the Republic of Srpska Obrad Belenzada said that the Commission for Audit of Privatization had been formed according to a famous quote by Winston Churchill ”When you have a problem you don’t want to deal with, form a board to resolve it.”

– The economy got destroyed because of a completely useless concept of privatization. The law of privatization has enabled some individuals to seize the moment and purchase valuable property and fabric halls for little money. The Commission for Audit of Privatization has not provided any results and it may be concluded that it was also established for the same reason – Belenzada said.

This PIF, and that PMA

49,2 million privatization vouchers have been issued in the Republic of Srpska, 28 of which were invested in the Privatization Investment Funds, which is in PIF Management Associations (PMA). The representatives of the funds have not accounted for the harmful consequences of the decisions in which they were, one way or another, involved.

A huge benefit from the privatization vouchers had PMAs themselves, who controlled multimillion worth capital. More than 100 000 BAM have ended up on the accounts of these funds in the name of the Stock Management Commission of the PIFs in the past 15 years. The dividend was never paid to the residents who had invested the vouchers in the funds.

This process is difficult, almost impossible to follow and that accounts for the elaborate mechanism of ”lawful scam” which has consumed hundreds of millions of marks from the citizens of the Republic of Srpska. The citizens gave the vouchers to PIF management associations, with which they were establishing PIFs and that way got their shares, after which they used the same vouchers to participate in the process of privatization of companies. On the other hand, PMAs were separate legal entities that had PIF management roles, for they controlled their property and charged it in the form of a fee.

Economic analyst and the President of the Investment Fund Shareholders Association Siniša Božić said that a great number of citizens got their hold of the part of the state capital by the voucher privatization. Božić emphasizes that the PIF management companies got established by Slovenian management associations which were known for illegal deeds.

– The promises given by PMAs, 17 years ago, haven’t been kept. This was supported by the inertia of the domestic institutions, which had to bear in mind that a large dispersion of ownership was created and legal solutions were adopted that would protect shareholders and investors from numerous illegal affairs related to the business of the investment funds.
The extent to which the institutions and representatives of the citizens were interested in these issues was shown by the collapse of all indices of the Banjaluka Stock Exchange ten years ago – said Božić.

Čajevac, Fruktona, Mljekara, Kristal, Unis, Cvjećar, Jelšingrad, Kosmos, Kožara, Jadranka, the Institute for Construction Banja Luka, Incel, Metal, Stočar and others were all privatizen and/or destroyed. Thousands of workers ended up unemployed. The litigation to pay claims continues even today, and in some cases courts have been and still are involved.

Only four decades ago Banjaluka approximately had 70 000 employees in the economy. There were arms, metal, textile and food industries. For instance, Čajevec took part in the US Apollo program, whereas speakers, transistors, video surveillance systems, and military equipment were exported worldwide, and so it was, to a lesser or greater extent, with other economic giants.

After the privatization, the economy of Banjaluka narrowed to only several manufacturing companies where barely a tenth of the pre-war number of workers work. Among the rare manufacturers which, after the change of the owner, have continued to work are Banjalučka pivara, the Fruit and Vegetable Processing Plant Vitaminka, the Drug Factory Hemofarm, Wood Industry Vrbas, Construction Company Krajina, and Paper and Stationery Factory Celex.

The ratio between the former and present economy of Banjaluka is best illustrated by the following data: 16 000 workers worked in Čajevec and Incel before the war, and today 1 300 employees work in Shoe Factory Bema which itself employs the greatest number of workers in Banjaluka.

– Today, Banjalukans live on the wages of the administrative workers, the help of the diaspora, bank loans, and corruption. Almost all of the strategic manufacturers have collapsed or still receive direct grants from the state budget. It used to be possible to produce and sell complicated circuits such as televisions, parts for the automotive or military industries. Nowadays, we are struggling with the production of footwear, clothing, and other simple items. There are exceptions though, but they cannot change the generally extremely negative trend – said Božić.

A short history of the collapse

At the end of 2014, the Banja Luka District Court panel sentenced Nedeljko Popović, Vitomir Đukić and Slobodan Župljanin to five years and three months in prison for fraud during the privatization of BanjaLuka’s Juice Factory Fruktona.

The privatization of Fruktona had begun in mid-2003 when 51 percent of the state owned capital in the company was bought by Kreis Trade Industriehandel of Innsbruck owned by Nedeljko Popović. Although the company’s book value at that time amounted to more than 5 million BAM, he purchased it for 25 000.

Popović took the responsibility to return 13 million BAM, but that never happened. Five years later, during 2008, together with the owner of Vitaminka Ilija Sirovina, who was also the owner of the Swiss company Kreis Industrihandel AG, Popović sells the land which then becomes the location for the Kries factory whose owner would become Slobodan Župljanin.

The Kreis in Basel of Ilija Sirovina is the owner of the Kries in Banjaluka of Slobodan Župljanin and majority shareholder of Vitaminka. The real estate was sold for 10,5 million BAM, but the money was never deposited in the bank accounts of Fruktona, but in the accounts of Popović’s Kreis.

The selling of the land entered the books the same day the purchase was made, which means that the deadline for the appeal was not met.
In the course of privatization, the money went from one Kreis to another, so that Sirovina, Popović, and Župljanin actually sold the land to themselves. In the meantime, the Tax Administration of the Republic of Srpska terminated the contract on rescheduling liabilities with Fruktona. After that, Fruktona got cut off the electricity, water, telephones and the workers started a general strike.

Fruktona has a total debt on indirect taxes of 4.117.094 BAM, 2.225.049 of which refer to the basic debt, and 1.891.973 to the statutory default interest. In the last few years, the Indirect Tax Authority of BiH has used all legal options to try to collect funds for Fruktona debt – a number of cars and machines owned by the company were sold which enabled them to pay a small part of the debt.

The Bankruptcy Trustee of Fruktona Dušan Kovačević has filed 21 criminal charges. According to him, Fruktona has been continuously destroyed since 1995 up until its bankruptcy. On several occasions, Kovačević accentuated that Fruktona was full of criminal and that nobody was being honest – nor the director or the cleaning lady.

– The reason for the collapse of Fruktona is that the revenues were less than the expenses, the second reason being the condition of the company, as well as poorly managed business policy. I am not going to talk about the criminal in Fruktona. That was done by the institutions, let them handle it – Kovačević said.